Being an OCI (Overseas Citizen of India), Global Business Leader Dr. Modi has always been a keen supporter of India’s economic growth. Global Business Leader Dr. Modi who is also known as the ‘Man of Many Firsts’ has introduced many latest technologies to Indian businesses through his different ventures which has helped bring huge investments in India. In order to make India a global economic leader, he launched ‘Foreign Investors India Forum‘ (FIIF) in 2019. FIIF seeks to create India needs ingenious global partnerships that facilitate large scale investments from new global partners of growth. To enable this, and to leverage the wealth and wisdom of the Indian OCI community, FIIF recommends that the government of India create a more enabling ‘ease of living’ and ‘ease of doing business’ environment. 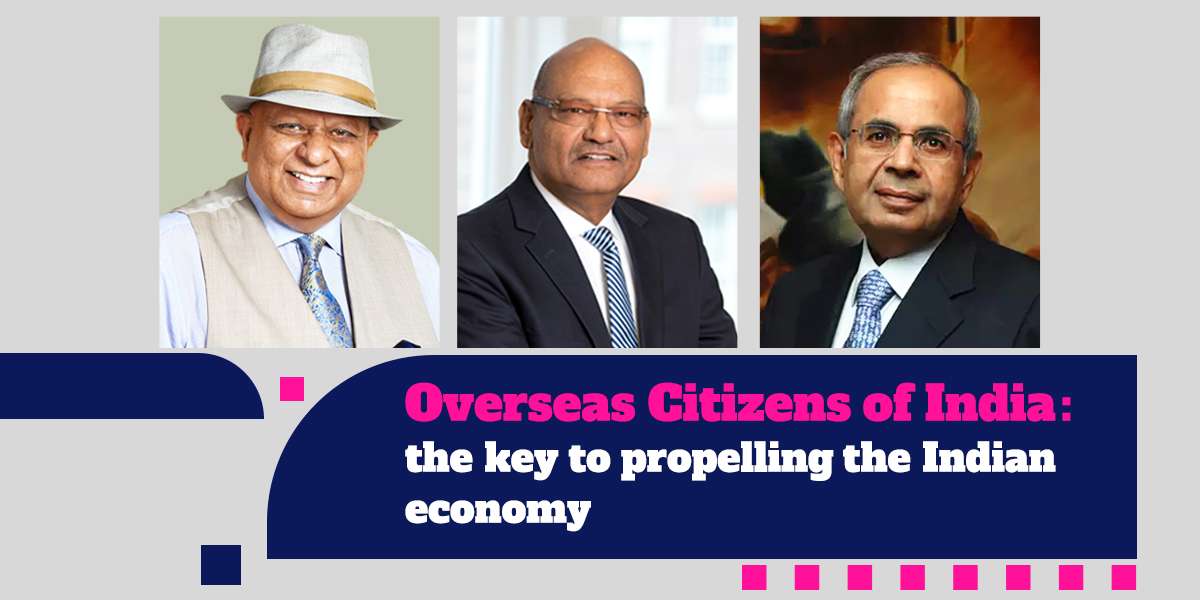 According to the United Nations (UN) Department of Economic and Social Affairs, India leads the world in number of migrants. The OCI community is the creme-dela-crème of India’s vibrant migrant population, which has always played a very important role in the economic growth of the country. With the steady influx of new investments, OCIs help in establishing trust amongst foreign investors. India has over 50,000 OCI holders residing in India who are contributing to the growing Indian economy by:

Global Business Leader Dr. Modi spoke to Economic Times on behalf of the ‘Foreign Investors India Forum’, urging the Indian government to create an ‘ease of living’ and ‘ease of doing business environment’ for foreign investors and OCIs. A key component of this the tax provisions that are an investment deterrent for OCIs. Under the current Income Tax provisions, the global income of foreigners is taxed if they stay in India for more than 182 days in a year. Thus, increasing their personal tax liability. FIIF and its Global Chairman, Dr. BK Modi has urged the Indian government to relax taxation provisions for foreign nationals working in India and align them with similar provisions adopted by countries like China and Singapore.

According to Dr. Modi, OCIs can bring huge investments, as high as $100 Billion over the next several years in India in different sectors like hospitality, wellness, medicine, education, agriculture, technology amongst others. Global Business Leader Dr. Modi has urged the government to devise a separate policy for OCIs, that clearly distinguishes them from NRIs and thus can better cater to the needs of OCIs.

Building a case for diplomatic immunity for OCIs in his interview with Business Today, Dr. Modi said, “A diplomatic immunity will give us confidence that we will not be wrongly prosecuted. We are like ambassadors. If there is immunity, it would go a long way and bring in huge investments from OCIs.” Dr. Modi also called for strengthening the Indian banking and fiscal system by bringing in global banks to India. “Banks from developed countries should be allowed to open branches in India. We have our own banks and credit systems. The cost of money will be less and returns will be higher. If I involve banks in India, they would put the pressure of higher interest rates. There are banks that approve plans and they know from the day they approve a loan that the money is not going to come back. The whole system is based on certain things that are not business. We don’t want to be caught in these. Diplomatic immunity is important because we are not citizens of this country. We can be prosecuted in our countries. We are under laws that are more stringent. Like in the US, you can be easily caught for insider trading.”

With investments of over $83 billion in FY 2021-22, foreign direct investment is at an all-time high in India. Despite this, India has not been able to achieve number one spot in the global FDI rankings. The Foreign Investors India Forum aims to support the government of India to build a more welcoming narrative and a system that facilitates ease of doing business and ease of living for foreign investors.  As a representative of OCIs, Global Business Leader Dr. Modi has written a letter to the Prime Minister Narendra Modi who has referred the matter to the Commerce Ministry for further consideration. The Ministry is reported to have taken up the issue with the Finance Ministry.