Global Thought Leader Dr. M held a private screening of his latest tele serial ‘Sri Adishankaracharya’ as he commenced an ‘Adi Yatra’ in Srinagar, Kashmir that commemorates the life of the revered Indian saint.

Saint Sri Adi Shankaracharya who, in 8th century BC, established India’s pioneering centres of learning including the Sharda Peetham in Kashmir and is credited with the Indian renaissance, travelled across the length of India to harmonize knowledge of the Vedas (a large body of religious texts originating in ancient India) and impart their true meaning 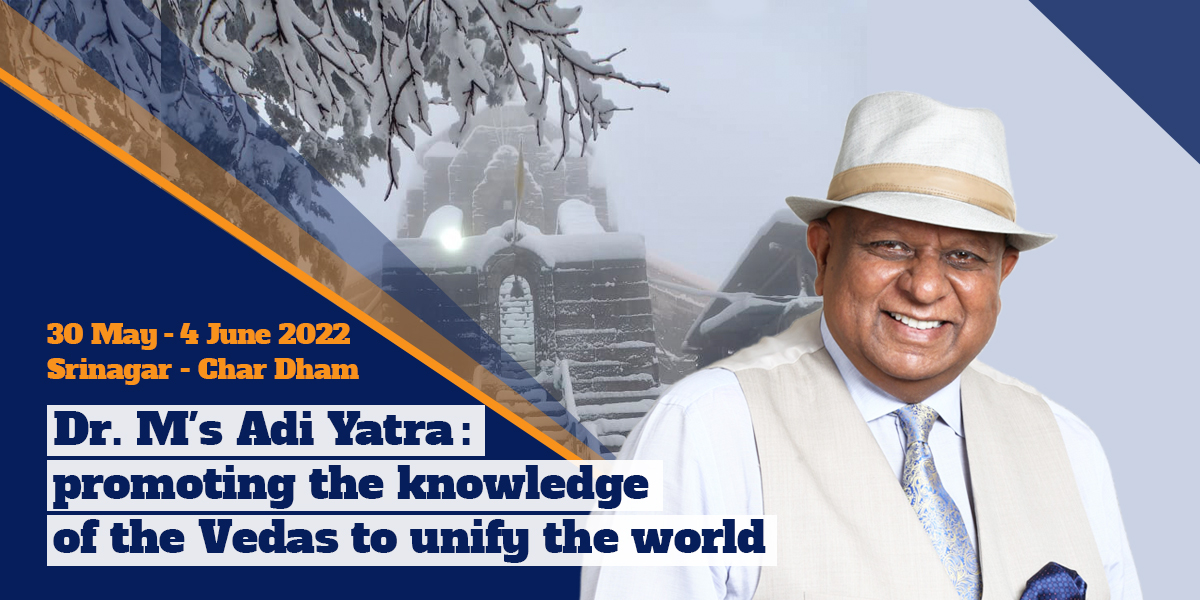 Global Thought Leader Dr. M’s independent production house, the Singapore Film Fund is developing films and TV series on Indian Philosophy and Culture. After a tele-serial on ‘Buddha’, the TV series on the life of the great saint Sri Adishankaracharya is the company’s latest offering.

The key highlight of the event was an hour-long private screening of the serial “Adi Shankaracharya.” The magnum opus features several accomplished actors from the Indian television industry and has been produced using the latest in VFX and production technologies to bring history alive.  As a part of the Singapore Film Fund’s offering for on-demand entertainment, the show will be broadcast on multiple OTT platforms and may be dubbed into several Indian languages.

The screening was followed by an in-depth spiritual conversation between Global thought Leader Dr. M and Sringeri Shankaracharya of present day who has been working to restore the Sharda Peetham in the region. The conversation focused on Shankarcharya’s philosophy of ‘Advaita’ that advocates the ‘Oneness’ of the human soul with the universe. ‘Advaita’ in Sanskrit literally means ‘not two’ or ‘no second’. This implies that the inner self, or Atman, is the same as the Absolute Reality, that is Brahman.

Speaking during the event, Dr. Modi mentioned, “the whole objective of our initiative is the promote a common knowledge among people. When everyone is imbued with the same knowledge, it is easier to forgo differences of gender, religion and nationality. This becomes the basis of developing one world.” He further went on to add, “Adi Shankaracharya did what others did not do –  Lord Buddha created Buddhism, Mohammad created Islam, Christ created Christianity – these were all new religions that went against the culture or the prevalent knowledge at that time – Adi shankarachraya, in contrast, reformed the existing knowledge, social customs and culture, as a result the differences between people lessened because they were reminded of their commonalities instead of new ground for differences being created.”

According to Global Thought Leader Dr. M, if India is to become a Vishwaguru (Global Power) – then it must bring the world together under this common knowledge and identity.

Held in association with Global Citizen Forum, PHD chamber of commerce and industry, Modi Yoga Retreat, India-America Public Affairs Committee and Digiflik, The Adi Yatra will commence from Srinagar on May 30, 2022. Global Thought Leader Dr. M will also travel to the ‘Char Dhams’  or holy sites of Hindisum – Yamunotri, Gangotri, Kedarnath and Badrinath, till June 3, 2022.