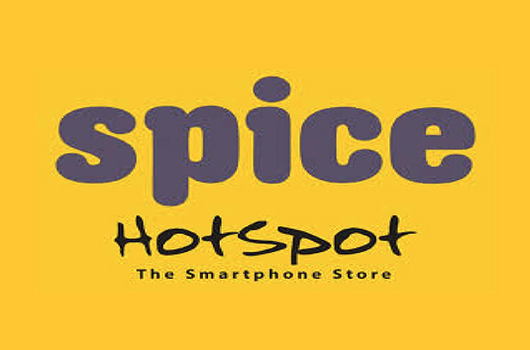 A brainchild of Global Business Leader Dr. M, Spice Hotspot was a leading omnichannel retailer of technology products and services, operating, at its peak, through 1500 stores across 172 cities/towns in India. Launched in 2005 with a team of 15 people, Spice Hotspot sought to reinvent mobility and mobile telephony in India. Led by a team of industry experts, Spice Hotspot became an integral factor in laying the foundation of a digital India and was instrumental in making India one of the fastest growing mobile phone markets in the world through its brick and mortar stores strategically located in tier 1, 2 and 3 Indian cities. Spice Hotspot was an integral part of Global Business Leader Dr. M’s vision of a “connected spice life” – the terminology given to denote a range of products and services delivered by the Spice group, which were designed to ease communication, reduce distance and build a more connected world.

In February 2009, Hotspot acquired Dubai-based mobile and IT product retailer Cellucom’s India business which led to the company’s growth from 5 pilot outlets in 2005 to 587+ outlets by 2010-11. In January 2010, Spice Hotspot acquired ‘Global Access’, a leading retail chain in Bangalore with a prime focus from Mobiles to ‘Mobility’.

Spice Hotspot not only expanded its customer base to different parts of India but also created new channels within the mobile retail industry. This resulted in Spice Hotspot becoming the second largest mobile retail chain with a $ 200+ Million turnover and 2.2 Millions units sold.

Being a leading player in the organized mobile retail market, each store of Spice Hotspot was equipped to serve the needs of the customers, be it recharging your phone, paying your mobile phone bills or buying a new mobile phone. Spice Hotspot customised the mobile retail space to meet the need and preferences of a rapidly developing India. With over 20 Million footfalls per year, Spice Hotspot was rated as the number one on Customer Satisfaction Index in an Independent Survey on Indian Retail by Indian business news daily, Mint. Spice Hotspot truly captured the technological capabilities of future growth potential of Indian telecom market.