Significant social movements throughout history, have resulted in a more progressive global order that has initiated overwhelming social reform especially towards gender equality. All these movements were led by exponential change makers. Global thought leader Dr. M is one such leader who has constantly sought to catalyse change through his various social initiatives that percolate in society through the multiple activities of organisations and business endeavours led by him. 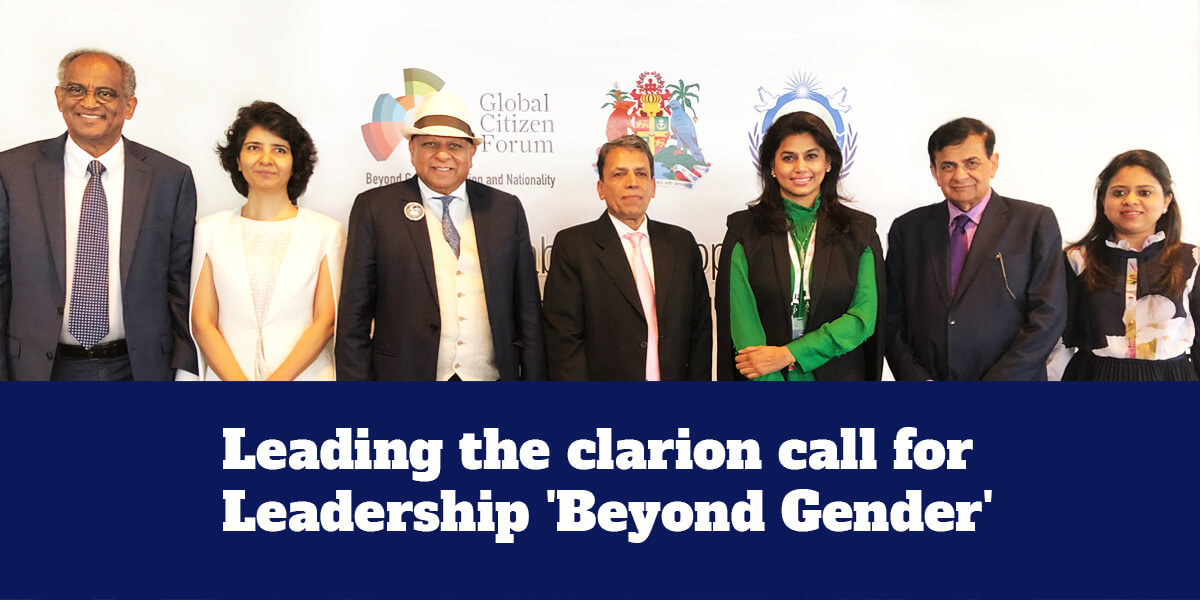 An early proponent of gender equality, global thought leader Dr. M has always strived to ensure equal opportunities for growth to people irrespective of gender, age, cultural and social background. This has been most apparent in his multiple businesses which see a strong representation of men and women in all positions – including key management positions. Dr. M’s unassailable belief in gender equality translated into the ‘Beyond gender’ movement which has been promulgated by him – and by multiple organisations led by him – across society including at some of the most important global forums to stimulate public opinion.

To celebrate leadership that goes ‘Beyond Gender’, the Global Citizen Forum – a not for profit organisation founded by Global Thought Leader Dr. M organised an event at the United Nations Headquarters in New York in 2019. The event, which was the first of many on the ‘Beyond Gender’ concept highlighted how governments, businesses, civil society and the public at large need to acknowledge that progress & success are not linked to gender, and the human mind is superior to anatomical differences.

The ‘Beyond Gender’ event at the United Nations was held in association with affiliates of the Global Citizen Forum including the Universal Peace Federation, US news and broadcasting partner ITV & the Association of American Physicians of Indian Origin (AAPI). The key focus of this conference was to encourage business ties between India and USA and participants included a delegation of 45 women business leaders from FICCI – a pioneering chamber of business and industry in India.  The event also included representatives and ambassadors from the Permanent Mission of Qatar to the UN and was supported by the Permanent mission of Grenada to the UN.

Speaking at the event, Global Thought Leader Dr. M said, “Discrimination based on gender is an artificial barrier that stands in the way of humanity becoming one. We can progress better and faster if we were to pool the minds of every one because the human mind is the same irrespective of gender – and that is the true meaning of going beyond gender.”

By taking the clarion call for ‘Beyond Gender’ to the United Nations, Global thought leader Dr. M also initiated a much needed conversation around the ‘UN sustainable Development Goals’,which are focused on creating a better world, by ending poverty, fighting inequality and going ‘Beyond Gender’ by 2030.

Global Thought Leader Dr. M’s strong commitment to promote ‘Beyond Gender’ via events and social media campaigns is leading to a greater awareness of idea, as more individuals and organisations garner in support of the cause to change societies and communities across the globe.