After the success of his previous books: ‘Hinduism – the Universal Truth’, ‘Performance – A Manager’s Challenge’ and ‘One God’, Global thought leader Dr. M authored ‘India & Hinduism’ in 2004. Published by Bhartiya Jnanpith, ‘India and Hinduism’ is an earnest attempt to explain the role of ‘Bharata’ and its deep ties to Sanatan Dharma in ushering in world peace. 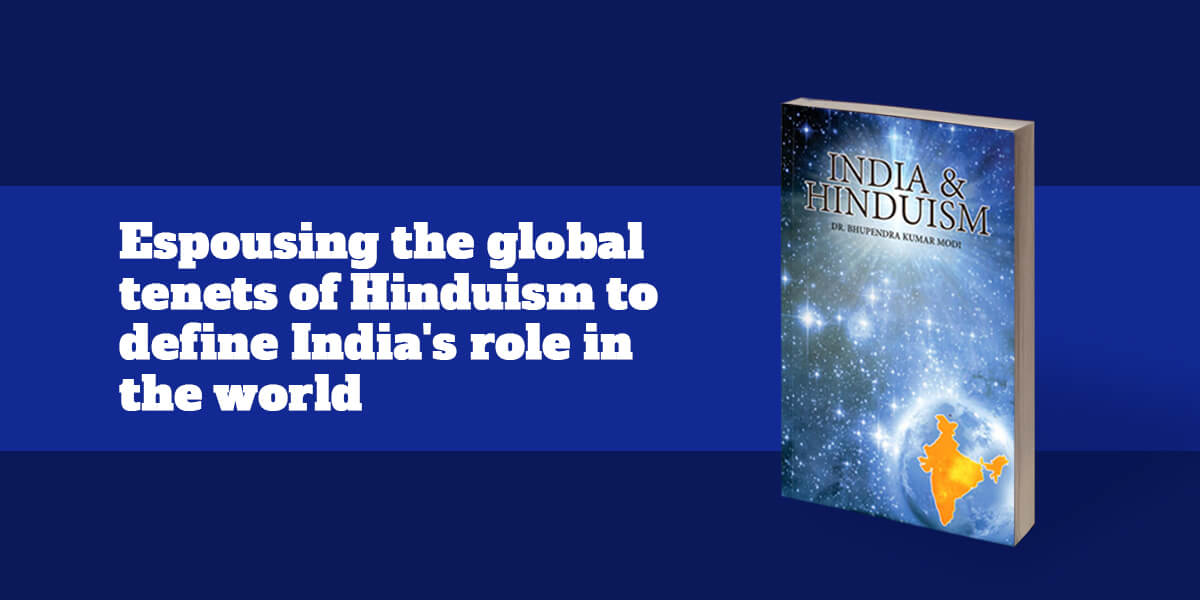 This philosophy of Sanatan Dharma guides humans from dogma to discussion, ideology to ideas, ignorance to understanding, conflict to cooperation, revenge to reconciliation, suspicion to mutual regard, and religion to spirituality. Global thought leader Dr. M in his book sheds special light on ‘Vasudhaiva Kutumbakam’ – an expression that means ‘The World is One Family’ and is rooted in ancient Indian literature. This expression formed the basis of Dr. M’s many global peace initiatives such as the Global Citizen Forum – which a not for profit founded by Dr. M with the objective of  forming “One World” beyond gender, nationality, religion, and boundaries.

Sanatan Dharma is the key force that differentiates ‘Bharata’ (India) from other global superpowers such as the USA and China. Dr. M characterises the ‘Bharata’ realm in two parts: ‘Bhaa,’ which means enlightenment, light, truth, and immortality, and ‘Rata,’ which means eternal enlightenment with. A true ‘Bharatiya’ is someone who is constantly seeking and instilling enlightenment, truth, and immortality. Thus, according to Dr. M, Bharata is a unique blend of spiritual and scientific temperament where modernity and antiquity have coexisted for millennia.

To underline its relevance, Global thought leader Dr. M’s ‘India and Hinduism’ features a foreword by the then Prime Minister of India, Shri Atal Bihari Vajpayee who emphasised that this book, meant for global Indians, would “be useful to persons of Indian origin living in other countries, keen on learning something about the land of their forefathers.”

Suffused with hope and optimism for the future, Global thought leader Dr. M prophesizes ‘Bharat’ to be the focus of activity on all fronts in the twenty-first century and a global intellectual superpower. The book concludes with the idea of  ‘Bharat’ as a diversified land of cultures, languages, faiths, and resources, a reservoir of economic, military, and spiritual potential, and the heir apparent to the title of Global Peace Leader and Vishwaguru.